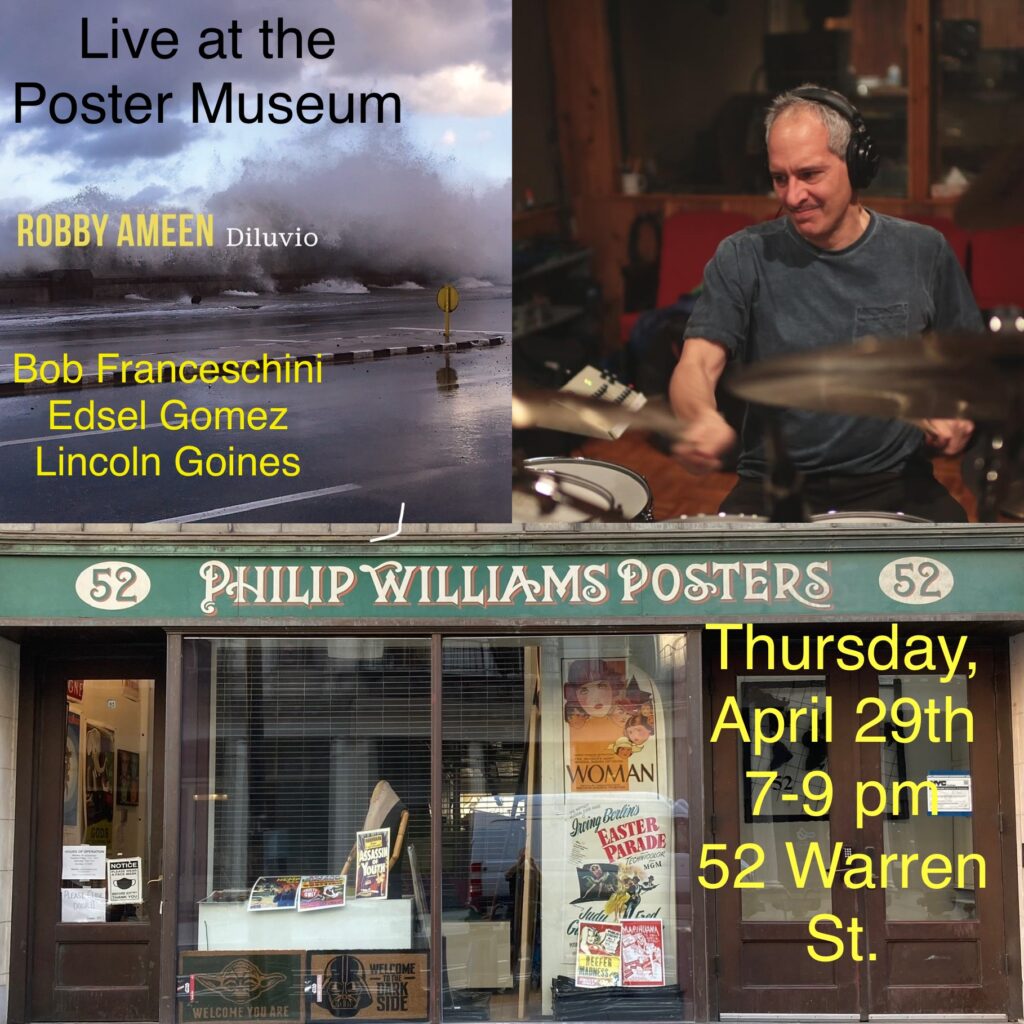 I’m thrilled to announce that I will be starting a new weekly jazz series – live, not streamed! – from the internationally renowned poster museum in Tribeca. Come and listen and browse in the well-ventilated four-thousand square foot space; please RSVP or call for reservations as admission will be limited due to Covid restrictions.

GRAMMY® AWARD WINNING DRUMMER/COMPOSER ROBBY AMEEN TO RELEASE THIRD ALBUM AS A LEADER TO MARK HIS DEBUT FOR ORIGIN RECORDS, DILUVIO, ON APRIL 17, 2020

Grammy® Award-winning drummer/composer Robby Ameen’s third outing as a leader, Diluvio, will mark his debut recording for Origin Records, will be released on Friday, April 17, 2020. A hometown NYC CD release party at on Friday, May 1, 2020 will be held at 8:30pm at NuBlu and will feature saxophonists Bob Franceschini and Stacy Dillard, pianist Edsel Gomez and bassist Lincoln Goines, with whom Ameen co-authored a method book titled Funkifying the Clave: Afro-Cuban Grooves for Bass and Drums. Nublu is located at 151 Avenue C, NYC.

“I have been playing most of my professional life with these guys,” says Ameen. “The recording process was more than I could have ever hoped for; we did nine songs in two days, one or two takes max…all live! Everybody brought their A-game and I think you can hear and feel the naturalness and positive energy coming through.”

Diluvio is almost entirely composed and arranged by Ameen and collaborations feature his working band of longtime friends, Troy Roberts, Bob Franceschini, Conrad Herwig, Edsel Gomezand Lincoln Goines – most of whom, in many cases, he goes back literally several decades with playing together. Musically, it is a culmination of his signature vision of the music that he has spent a lifetime exploring: Afro-Cuban music with deep strains of contemporary hard bop and funk. 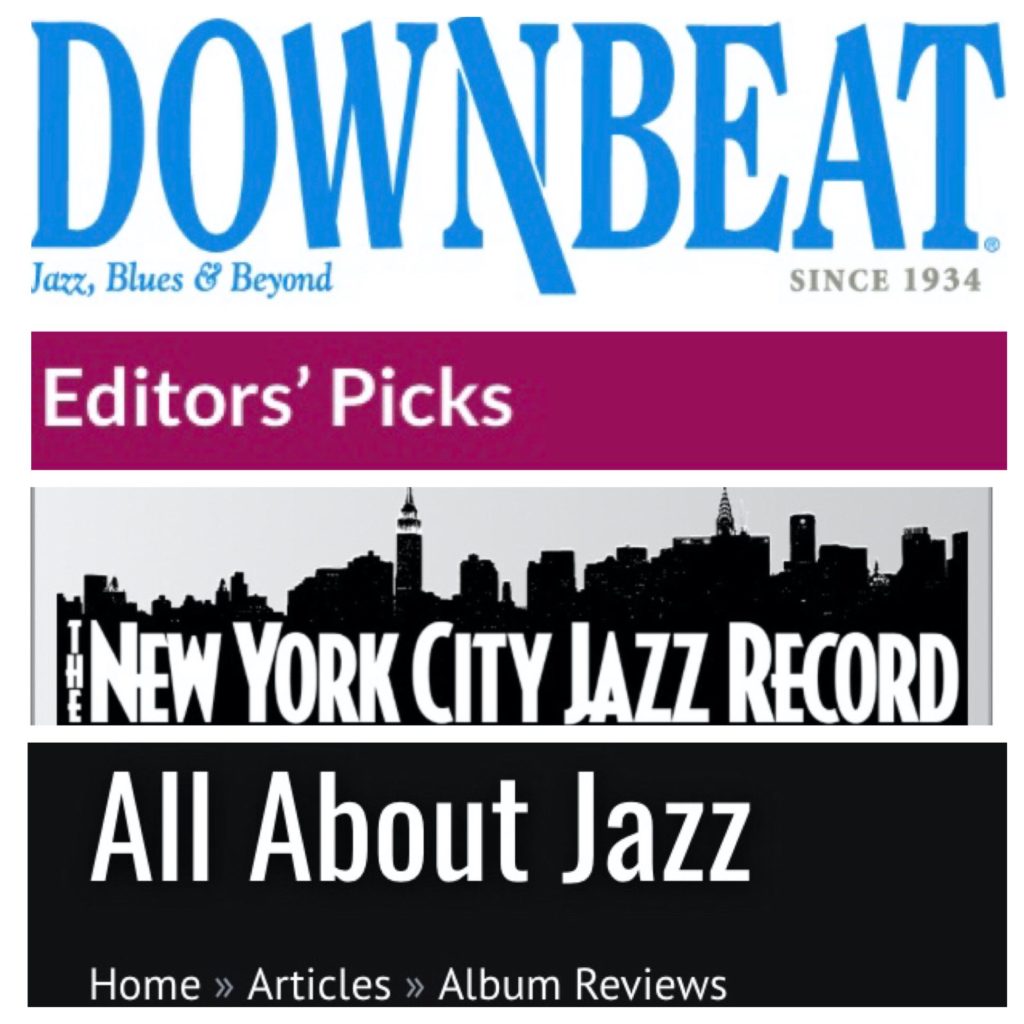 “Adaptability is a trait Mr. Ameen values. Over more than two decades, he has traveled the world, playing with artists like Dizzy Gillespie, Rubén Blades and Paul Simon.” – THE NEW YORK TIMES

“…he has excelled at mixing Latin rhythms into a stylistic stewpot….Ameen’s power grooving is delivered with hard-hitting attack, pinpoint technique and hair-trigger interaction.” – Jeff Potter, DOWNBEAT

“Versatility…with the emphasis on Afro-Cuban rhythms and rocking beats.” – JAZZTIMES

“…his trademark remains his mastery of Afro-Cuban jazz with a New York edge.” – DOWNBEAT
(****4 STARS for Days in the Night)

Music is the great uniter. An incredible force. Something that people who differ on everything and anything else can have in common.